Domestic Violence Has a Powerful Impact on Children

The impact of domestic violence on children is huge, whether they become targets themselves or whether they witness the abuse of a parent or caregiver.

What is Domestic Violence?

Domestic violence occurs within the home, and can be physical, sexual, emotional, economic, or psychological. Anyone can become a victim of domestic violence regardless of age, gender, economic status, race, religion, sexual orientation, or education.

Domestic abuse can take many forms besides physical bodily harm. It can include actions or threats of action intended to influence or control another person’s behavior by intimidating, humiliating, isolating, frightening, coercing, blaming, or injuring them.

While there is no way to predict an abusive partner’s behavior, the following factors are warning signs of a potentially dangerous relationship:

How Prevalent is Domestic Violence in the U.S. and in Idaho?

According to the Idaho Coalition against Sexual and Domestic Violence, each day in Idaho more than 519 victims of domestic violence seek safety and services from community-based domestic violence programs. Though men are sometimes victims of abuse, statistically victims are overwhelmingly women, and their children often accompany their mother if she leaves to seek safety.

In 2013, the Idaho State Police reported 5,669 incidents of violence between spouses, ex-spouses, and those in dating relationships. Also in 2013, there were 14 domestic-violence-related fatalities in Idaho. Nationally, one in four women will experience domestic violence over her lifetime.

The Effects of Witnessing or Experiencing Domestic Violence

Long term effects of exposure to domestic violence include a higher risk for alcohol and drug abuse, sexual acting out, running away, and suicide. Boys who grow up with domestic abuse are more likely to abuse their intimate partners, and girls are less likely to seek help if they become victims in their adult relationships.

Exposure to domestic violence can make them more vulnerable to emotional problems like depression and anxiety. It increases the odds that they will either become victims of violence themselves or commit domestic abuse or other crimes later in life. Domestic violence is an Adverse Childhood Experience and can have significant effects on developmental, educational, and behavioral development.

What happens in early childhood can affect the child over their lifetime and perpetuate the cycle of violence for generations to come. Domestic violence is not just an issue between the adults involved—it has far-reaching and potentially devastating effects on children.

All children and young people who live with domestic violence are affected by the experience, but not all children are affected in the same way. The nature and extent of the effects vary greatly, depending on the age, gender and characteristics of the child, the severity and frequency of the violence, and the absence or presence of other supportive adults in the child’s life.  Obviously, the younger the child the more harmful the impact will be. Likewise, the more severe the violence, the greater the trauma the child will have to deal with.

Children are more than just eye witnesses to domestic violence. They are actively involved in trying to make sense of the abuse, protect themselves, protect their mother or their siblings, while having to live with a pervasive sense of dread and worry about the consequences of their action or inaction. Fear and secrecy dominate family relationships, and survival becomes the primary goal of the child as well as the victim. The constant focus on making it through each day leaves little room for succeeding in school, relaxing and having fun, or simply meeting basic needs.

How Can we Reduce the Occurrence of Domestic Violence?

In recent years, this problem has received more attention, but there’s still more work to be done. One milestone was the passage of the Violence Against Women Act in 1994, which helped to raise awareness of the problem and increase community resources to address it. There has also been increased training for law enforcement and social services in more effective ways to recognize and address domestic abuse cases since the act was passed.

On a personal and community level, there are things each of us can do to make a difference.

First, acknowledge that domestic abuse is real, it does happen, and talk about it. Domestic violence is usually something that occurs behind closed doors. Not only is it primarily invisible, it is an uncomfortable subject for most of us, making it easier to ignore than talk about. However, talking about it and acknowledging that it exists and that it is not OK or normal keeps the issue out in the open.

Second, we can support and promote efforts that prevent domestic violence from happening in the first place. The focus in many communities has been on ways to promote healthy relationships. Teaching young people healthy ways to communicate and resolve conflict effectively reduces the likelihood that they will fall into a violent or abusive relationship.

How does Idaho Youth Ranch Help Children and Families Dealing with Domestic Violence?

Idaho Youth Ranch has been helping children and families who experience domestic violence for over 60 years. Not only do we have broad experience with the issue, we also have the most up-to-date methods and treatment solutions for responding to domestic violence situations. We are continually refining our interventions based on the latest research on what works best.

Idaho Youth Ranch interventions include assessing and strengthening the bond between the child and the mother (who is usually the victim of domestic violence). This is a critical issue. It has both immediate and long-term benefits and provides the best opportunities for healing in children and teens. The goals are to increase positive interactions between mother and child, rebuild the mother’s credibility as a protective and supportive parent, and treatment to heal the damage caused by the violence.

We also help children of victims regain a feeling of safety and predictability, make connections with supportive adults in addition to their non-abusive parent, and build a positive sense of themselves.

We know from research that the depth and quality of “protective” factors for each child help greatly to reduce the impact of the abuse. At Idaho Youth Ranch, we focus on these protective factors such as:

It’s equally important to help domestic violence victims, children and mothers, understand that they deserve to be safe, that the violence was not their fault, and that the violent adult is the one responsible for his or her own behavior.

While everyone, including our communities, suffers when domestic violence occurs, IYR is working diligently to help children, families and communities heal from the experience and move on toward promising futures. Together, we can all do our part to raise awareness, show support and respect for victims seeking help, and help all children understand that everyone deserves to feel safe and valued.

Want to help? Consider making a donation to Idaho Youth Ranch so we can help more domestic abuse victims and children of victims.

5 Ways to Talk About Mental Health With Your Child

Regardless of age, discussions around mental health can sometimes feel... 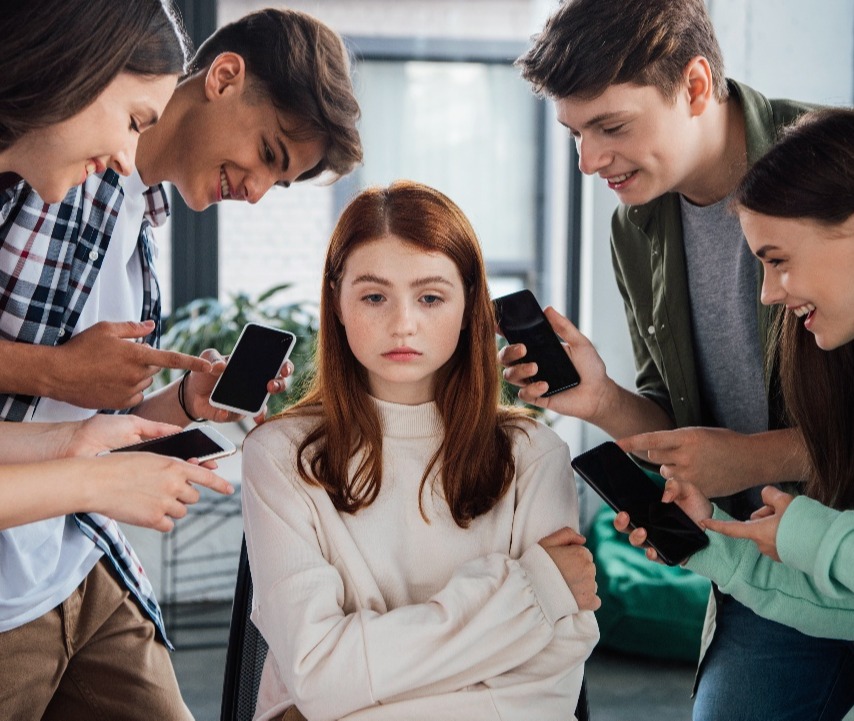