Emotional Abuse: Not All Scars Are on the Outside 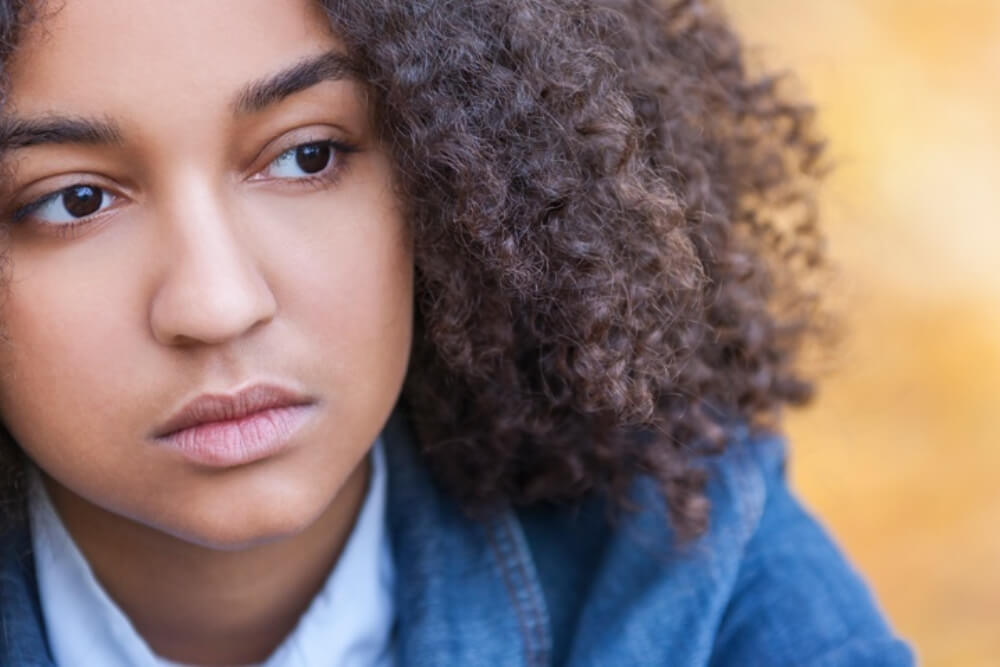 We’ve told you about the 16,404 cases of child abuse reported in Idaho in its last count. You may know that in confirmed cases of abuse, most are neglect (74 percent) followed by physical abuse (21 percent) and sexual abuse (6 percent). However, there is no good measurement for the way some people tear down the spirits of children without ever laying a hand on them. We're talking about emotional and psychological abuse.

Emotional and mental abuse is incredibly dangerous because it is nearly impossible to see. Reliable statistics on this type of abuse is very hard to find, although it is safe to say that most abused children suffer either mental or emotional abuse or both. Verbal abuse is often missed and unreported because it does not leave outward signs of abuse such as bruising.

What is emotional abuse?

Emotional abuse, sometimes called mental or psychological abuse, is any kind of abuse or mistreatment that doesn't take the form of physical abuse. That can mean verbal abuse, intimidation, humiliating, or any other type of behavior that is hurtful and demeaning. This sort of abuse can take many forms, but can be extremely harmful to children.

Imagine a child exploring his new world. He is around two-years-old, and his mom finds him coloring on the wall or dropping his food on the floor. Essentially, she finds him acting like a toddler. Screaming, she says, “John, you idiot child! Why would you do that! Mommy told you not to do that! You’re a bad boy! Bad boy!”

To little Johnny, he was merely exploring his world. He has no concept of the fact that he has caused his exhausted mother extra work. He is only trying to understand his world. What he’s learned is that in exploring, he’s come upon a land mine in his mother whom he loves and needs. She says he is bad, he, therefore, must be bad. When Johnny's mother continually reacts to his behavior with screaming, name-calling, and rage, this is a form of abuse.

While mom didn’t hit Johnny or spank him, she left a mark on him as surely as if she had. Children subjected to this sort of “parenting” are likely to suffer anxiety, misbehavior, and low self-esteem. When the child enters school, he will do so with the idea that he is a bad kid already set into his mind. He is, therefore, more likely to struggle in school academically and socially. When he is older, it is very likely he will become a bully, become depressed, use drugs, become suicidal, or drop out of school. Even should he succeed in school by continually trying to impress his abusive parent(s), he will most likely continue to struggle with depression and low self-esteem his entire life. While his parents may have never broken an arm or rib, they did break his spirit.

Ongoing abuse such as this is considered to be an Adverse Childhood Experience (ACE).

Stress and disappointment are huge contributors in verbal abuse cases. Because we don't often talk about emotional and psychological abuse as abuse, many parents may not realize the impact of their behavior. Psychological abuse can also have roots in low self-esteem, substance abuse, or untreated psychological issues. One of the most common factors, however, is a history of abuse in childhood. Abusers frequently come from homes where they were abused themselves or where they witnessed abuse, so they never learned healthy ways of relating to others or of parenting.

So how can you break the cycle of abuse? Take the example above. What if upon finding Johnny coloring on the wall, mom had gently taken the crayon from his hand and said firmly, but not unkindly, “We don’t color on the walls.” She could then engage Johnny to help clean up the mess by giving him a sponge to clean it with her. Either way, the wall must be cleaned, but in the latter she is teaching him to clean up after himself, instilling the rule that he is not to color on the wall, and spending time with him. Although it isn’t said aloud, Johnny will recognize that his mother is spending time with him. That act will reinforce his sense of self-worth. If you teach your child positive behaviors and reinforce they are good, they will be more successful than if you yell at them for being bad.

Children who experience emotional abuse may never experience any other form of abuse. In these cases, it is tough to identify and stop. By the time you see verbal abuse, it is often in the form of an ill-behaved child or an angry teenager with very low self-esteem.

In the majority of child abuse reports, verbal abuse is part of the package. Parents who beat their children are usually guilty of telling them what bad kids they are.

Douglas Besharov states in Recognizing Child Abuse: A Guide for the Concerned, “Emotional abuse is an assault on the child’s psyche, just as physical abuse is an assault on the child’s body”(1990). Children who are consistently ignored, shamed, terrorized or humiliated suffer at least as much, if not more than if they are physically assaulted. Danya Glaser (2002) finds that emotional abuse can be “more strongly predictive of subsequent impairments in the children’s development than the severity of physical abuse.”

They go on to explain that even infants can suffer when they are emotionally deprived, with physical symptoms, slow development, low self-esteem, and insecurity. In extreme cases, infants can "fail to thrive and can eventually die."

Children who are emotionally abused may not have the outward scars to show their histories, but the lasting effects can appear in a number of ways, including:

And, as we mentioned above, many children who suffer from abuse go on to repeat the cycle of abuse as adults.

What can parents do to avoid emotional abuse?

If you are concerned that your parenting could be creating some negative effects on your child, here are some ways to ensure you're approaching things in the right way.

Love is a verb, and every child needs to BE loved. That means providing support, acceptance, encouragement, stability, guided discipline, and positive attention.

Children will do what you do, not what you say. If you do not want your child to yell or scream, do not do so to them. When they misbehave, it is generally out of a desire to get your attention or just normal exploration. Instead of yelling at your child, show him the way you would like him to behave and compliment him for doing so.

Respect your child. Adults tend to view children’s emotional intelligence the same way we view their bodies—small and not fully mature. We even console ourselves with the rationalization, “Oh, they won’t remember that mommy had a bad day.” While they may or may not remember the incidents, they will remember feeling that mommy doesn’t like them. Do not use negative words for your child such as “lazy,” “bad,” “stupid,” “inconvenient,” or “good for nothing.” Treat them as you want them to treat other people, because they will do exactly that.

Compliment your child when he does a good job, even for small things. For example, if you want your 18 month-old to put his toys away hold his hand and walk him through the motion. When he completes putting one toy away give him a high-five, applause, or a hug. Now you are encouraging good behavior instead of punishing bad behavior.

Don’t be afraid to walk away. If you can feel yourself losing your temper (it happens to everyone), make sure your child is safe (in a crib or play pin perhaps) and step into another room until you can calm down. Do not react to your child while you are angry. Take a deep breath or call a friend, loved one, or spouse. Parenting is hard, and you are only human. You will be very glad you did.

If you do lose your temper and yell at your child, NEVER be afraid to apologize. It is okay to tell him that you are sorry you yelled at him or got angry. This will help strengthen the trust he has for you, and it will help teach your child to take responsibility for a mistake.

When parents should get help

There are dozens of community resources and support groups for parents. If you feel yourself losing control, suffering from depression, or are unable to care for your child the way you want to, it's okay to reach out. Below is a list of parenting resources in the Treasure Valley.

Our Mission: We unite for Idaho’s youth by providing accessible programs and services that nurture hope, healing, and resilience.