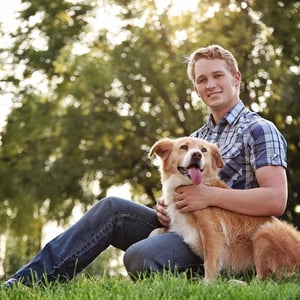 “I didn’t want to do it, but living in that environment, I just didn’t think I had any other option.”

Jake was a smart, vibrant teenage boy who had the world going for him. He had friends and good grades and got along well with others. No one on the outside looking in would have guessed that he was at risk for suicide.

By the time Jake was 17-years-old conflict in the family had become too much for him to bear.

“I just felt like I couldn’t exist in that environment. Suicide wasn’t the option I would have chosen, but it was the only one that felt available to me.”

Jake struggled to stay in sync with his family who did not understand him or his goals. As he explored his own ideas and beliefs, he and his parents drew further and further apart until the household dynamic become toxic and unhealthy. His father became more toxic in the home and Jake felt unwanted and unloved.

It was when he made his second suicide attempt that the State of Idaho stepped in and required his family to get help. They found Idaho Youth Ranch.

“It was just a totally different kind of therapy.”

Over time Jake came to see that his parents were trying to help him but didn’t have the tools to do so.

Jake said before they began working with Idaho Youth Ranch. “My ‘aha moment’ was when I realized they were making all the wrong choices for me for all the right reasons. They were trying to help in the best way they knew how, but we just weren’t understanding each other. I realized they loved me and they were struggling as much as I was to communicate.”

Today, Jake is a student at Idaho State University studying nuclear engineering with the help of an Idaho Youth Ranch Alumni Scholarship. He still maintains a healthy relationship with his mother and siblings.

“It used to be that I would have never gone back home. In fact, I took part in a summer program so that I could avoid going back to that place. Now, it isn’t like that. Home has become a place I like to go visit and see my siblings.”

Jake’s scholarship has helped him track and he is set to graduate with his degree in 2020 when he plans to start working towards a Master’s degree.

“If we hadn’t gotten help, there is a really good chance I wouldn’t be here today. I didn’t want to commit suicide, it’s not what I would have chosen, but I didn’t feel I had any choice. I’m sorry I had to go through it, but now my parents are better for my siblings and for me. I am stronger today and that’s what is important.”

Our Mission: We unite for Idaho’s youth by providing accessible programs and services that nurture hope, healing, and resilience.